Kilmadock parish (named for Saint Cadoc), covers the settlements of Doune, Deanston, Buchany,  Argaty, Drumvaich, and Delvorich.  It is situated in Stirling Council area, Scotland, and is on the southern border of the former county of Perthshire.  It is a beautiful area, with rolling hills, green valleys and lochs, with mountains to the north for the more adventurous.

To access visitor information, select from the Visitors Menu or via the links at the foot of this page. 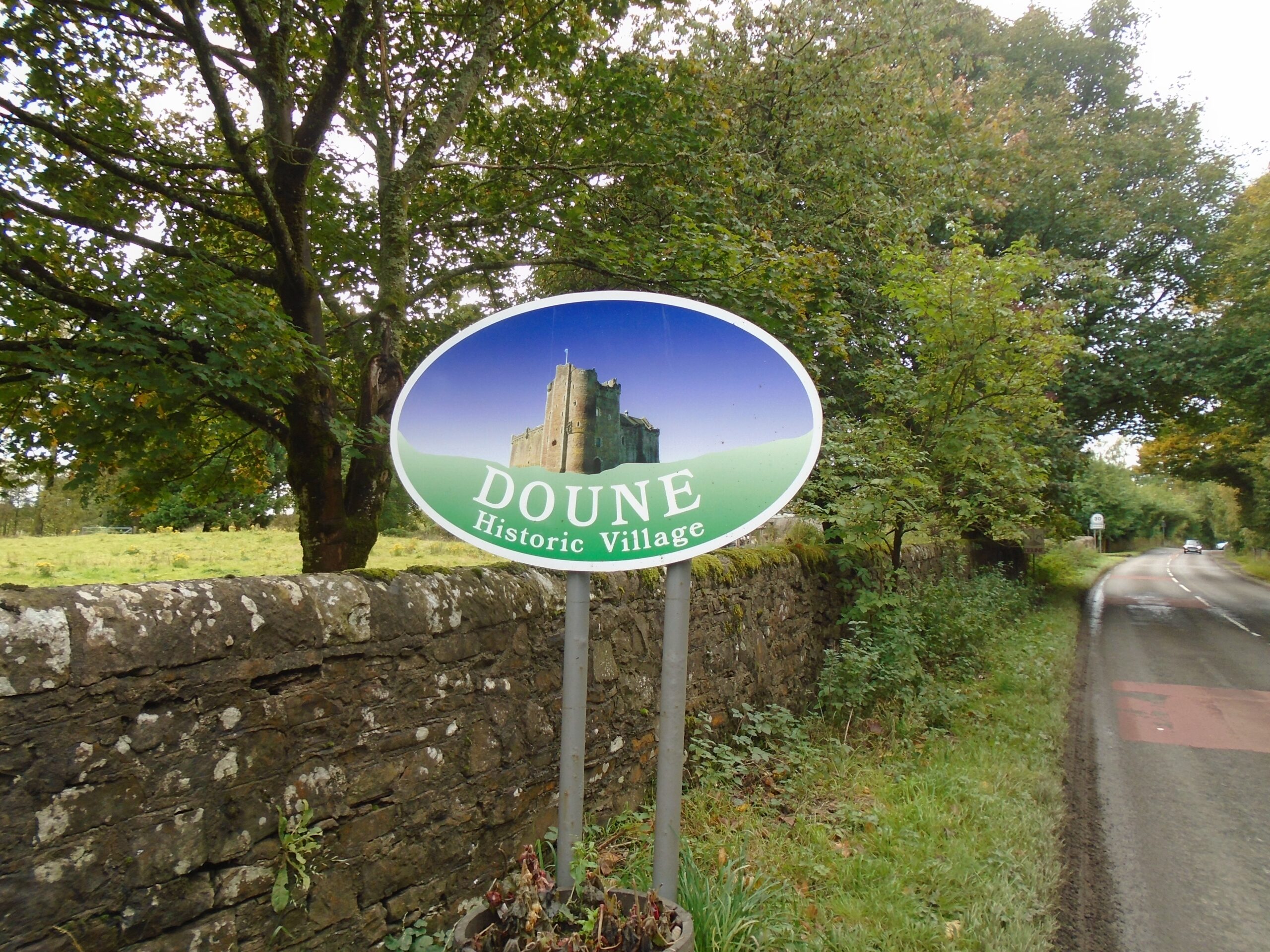 Doune is the largest settlement in Kilmadock. a quiet historic village situated eight miles north west of Stirling on the River Teith. It is a quaint village with many old houses and interesting buildings.  There you will find accommodation, various places to eat and a range of interesting shops, includind the Information Centre which sells a great range of local books and crafts. This popular tourist centre was once renowned as a centre for pistol-making.  Now it is better known for the ancient Doune Castle, which has featured in various films and TV series such as Monty Python and the Holy Grail, Outlander and Game of Thrones.

Other buildings of architectural and historical interest in the village include the Kilmadock Parish Church built in 1822, the Market Cross built in 1620, the Moray Institute and the Bridge of Teith built in 1533.  The remains of a large Roman fort were found some years ago, just beyond the Doune Primary school.  For more information about the fascinating history of the area, go to the Heritage Menu.

The village of Deanston lies on the south bank of the River Teith,  across the A84 from Doune.  It is a village of two halves, with attractive old mill-workers cottages along the riverside, and a popular area of new housing towards the east.

The best-known feature of the village is the Deanston Cotton Mill, dating from 1785, and which utilised the River Teith to power the mill.  At its peak, the mill had over 1000 workers and had the largest waterwheel in Europe, Hercules, 36.5 feet (11.1 m) in diameter.  The cotton mill closed in 1965, with the Deanston Distillery opening on the same site in 1966, and still using the water from the old mill lade for its power.

The small settlement of Buchany lies on the A84, to the north of the River Teith, a mile (1.5 km) to the northwest of Doune.

Argaty Bus Shelter 1937 – unfortunately no buses these days, but a useful shelter from rain for walkers.

Argaty is a tiny settlement around a mile (1.5 km) to the north-east of Doune along a quiet road.  Its main claim to fame these days is the red kite visitor centre  nearby.